For Aratana Therapeutics, 2016 was a banner year. The biotech company, founded in 2010, achieved FDA approvals for three of its 10 pipeline drugs. Last year the Kansas City-based company also forged a global partnership with the pharmaceutical giant Eli Lilly, a track record that any young biotech company would like to achieve.

But Aratana is not a typical biotech company. It is one of several companies launched during the past decade to develop cutting-edge small molecule and biologic drugs for dogs and cats with cancer, osteoarthritis, and the other chronic disorders that afflict pets as they age. These new companies are part of a $24 billion animal health industry, which is dominated by Zoetis and several other large multinational companies that produce vaccines, parasiticides, and other products for livestock as well as companion animals. But a very small part of these companies’ business is focused on the medical needs of pets with serious diseases.

“Historically, animal health companies have not developed pet-specific medicines,” says Steven St. Peter, M.D., cofounder and CEO of Aratana and who was a life science venture capitalist for 15 years at MPM Capital before founding Aratana. “About 90 percent of pet medicines are drugs for humans that veterinarians use off-label in dogs and cats.” There are exceptions, of course, such as Merial’s melanoma vaccine to treat dogs with stages II and III oral canine melanoma and Zoetis’ drug to combat mast cell tumors in dogs.

Pet biotech companies can operate at a faster pace than human-focused biotechs, because they can skip preclinical studies with laboratory animals and go directly to the dogs or cats that are the target species of the drug under development. “We can move from drug lead identification to safety testing and preliminary efficacy studies in about 18 months,” says Mark Heffernan, Ph.D., CEO of pet therapeutics biotech Nexvet, headquartered in Ireland. In addition, regulatory requirements, while stringent, are less complex and time-consuming in clinical trials for companion animals than for human patients. (While the USDA oversees animal vaccines and biologics that act through the immune system, the FDA reviews applications for small molecules and other drugs for animals.) 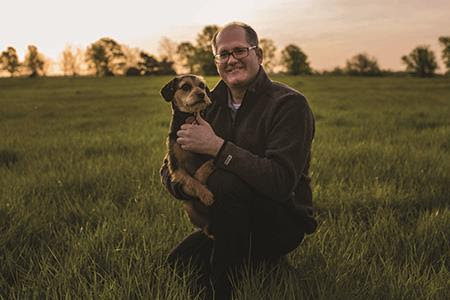 “About 90 percent of pet medicines are drugs for humans that veterinarians use off-label in dogs and cats.”

A RISE IN CAPITAL-RAISING OPPORTUNITIES
Aratana, the first pet therapeutics biotech company in the U.S. to go public, is also the first one to achieve U.S. regulatory approval for its drugs. Indeed, the company has generated a lot of coverage in the online financial press, especially after it acquired two other pet biotech startups, Vet Therapeutics and Okapi, which respectively specialized in developing antibodies and antiviral drugs.

But in general, biotech companies such as Aratana have been generating a lot of media buzz mainly due to the huge potential of the animal health market. Consider that a 2015 Harris Poll indicated that 65 percent of U.S. households have at least one dog or cat, and 95 percent of U.S. dog and cat owners consider their pets as members of the family. “Over the past 30 to 40 years, pets have become much more part of the family,” says Tammie Wahaus, CEO, Elias Animal Health, a spin-off of Kansas-based privately held TVAX Biomedical. “Veterinarians and pet owners are asking for better therapeutics to treat the serious diseases of pets,” she adds.

Zoetis’ $2.2 billion IPO in 2013 has been credited for alerting investors about the financial potential of the animal health industry. “The IPO spurred investor interest and helped create an ecosystem for smaller companies to raise capital,” says Heffernan. In fact, when TVAX launched Elias Animal Health in 2014, it obtained $2 million from investors, even though the initial fundraising goal was $700,000. Aratana raised $40 million in its landmark 2013 IPO. Later that year, California-based Kindred Biosciences’ IPO generated over $60 million. Colorado-based VetDC has received more than $8 million from investors since the Colorado State University spin-off opened its doors in 2010. Nexvet, which develops mAbs for pets, has raised more than $80 million from investors since it was established in 2011.

PARTNERING WITH HUMAN-FOCUSED BIOPHARMAS
Most pet biotechs develop compounds based on human medicines that the companies have licensed from human-focused biopharmaceutical companies. For example, most Nexvet portfolio drugs are based on validated off-patent mAbs that biopharmaceutical companies have clinically tested in human patients. Using its proprietary technology platform, PETization, Nexvet can translate human or mouse mAbs to be recognized as not foreign by the pet species for which the drug is being developed.

By adapting drugs under development or already FDA-approved for human patients, pet biotech companies minimize their clinical risk and development cost. Aratana’s Entyce and Galliprant, approved by the FDA for the treatment of dogs with osteoarthritis pain and inflammation, were licensed from RaQualia Pharma, a Pfizer spin-off headquartered in Japan. At RaQualia, Entyce is under clinical development for human patients. Aratana’s third FDA-approved drug Nocita, a local postoperative analgesic for cranial cruciate ligament surgery in dogs, is based on Exparel, which the pet biotech licensed from New Jersey-based Pacira Pharmaceuticals. Exparel is FDA-approved for postsurgical analgesia in human patients. In October 2016, Aratana began marketing Nocita to veterinarians. Aratana obtained the veterinary rights to the drug in return for a one-time payment of $1 million to Pacira, which will receive a double-digit royalty payment on net sales.

Galliprant is the focus of Aratana’s partnership with Eli Lilly, whose animal health division, Elanco, will copromote the drug with Aratana in the U.S. and commercialize the product outside the U.S. In addition to receiving $45 million up front from Eli Lilly, Aratana will obtain milestone payments and royalties based on Galliprant’s sales outside the U.S. In 2014, Nexvet signed a similar commercial agreement for its lead compound ranevetmab with the global animal health company Virbac, headquartered in France. Once regulatory approval of ranevetmab is achieved, Virbac will distribute and market the Nexvet drug outside North America. 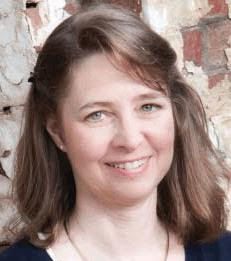 “Veterinarians and pet owners are asking for better therapeutics to treat the serious diseases of pets.”

FOCUSING ON SHELVED HUMAN ASSETS
St. Peter identifies potential compounds for Aratana to license through his and his colleagues’ contacts in the human-focused biopharmaceutical industry and by networking at scientific conferences. At VetDC, Steven Roy, president and CEO, targets the companies conducting preclinical research at CSU’s College of Veterinary Medicine and Biological Sciences. “Very few, if any, of these companies are interested or have the strategic bandwidth to develop their compounds for companion animals,” says Roy. Like the other pet biotech companies that license drugs, VetDC enables biopharmaceutical companies to leverage their considerable investment in R&D to benefit companion animals and potentially their bottom lines.

If the FDA authorizes VetDC’s Tanovea, now under review, it will be the first approved canine drug for lymphoma, one of the most common cancers in dogs. VetDC licensed Tanovea from California-based Gilead Sciences, which evaluated the compound in preclinical studies with dogs with lymphoma at CSU. “Tanovea was highly efficacious and generally well-tolerated in dogs,” says Roy. “However, Gilead decided not to advance Tanovea after early clinical studies in human patients revealed unanticipated side effects.” When a CSU veterinary oncologist told him that Tanovea was a very promising new drug for canine lymphoma, Roy and his CSU colleagues leveraged their Gilead connections to license the compound for use as a pet therapeutic.

Tanovea fit VetDC’s criteria because Gilead’s preclinical studies had generated an abundance of data, providing the basis for the company’s safety and efficacy submission to the FDA. “By focusing on shelved human assets, VetDC avoids pricing challenges often seen between pet and human medicines in order to introduce affordable drugs for pet owners,” says Roy. 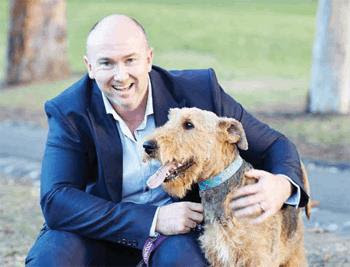 “We can move from drug lead identification to safety testing and preliminary efficacy studies in about 18 months.”

PET CANCER: A PRIORITY TARGET
In addition to conducting safety studies of Tanovea in cats with lymphoma, VetDC is currently developing a second cancer compound, VDC-597, acquired from Pathway Therapeutics in 2013 before it closed its doors. As the leading cause of death in dogs and cats, cancer is a priority target of most pet biotech companies. Elias Animal Health has clinical trials underway to evaluate its autologous cell therapy, Elias Cancer Immunotherapy (ECITM), in dogs with osteosarcoma and B-cell lymphoma. “With continued positive outcomes from our trials, we anticipate significant interest in ECITM because of the limited treatment options for osteosarcoma and other forms of cancer that are available in veterinary markets,” says Wahaus.

ECITM was designed by Elias’ parent company TVAX Biomedical, which plans to initiate its Phase 2b clinical trial of the compound in human patients with glioblastoma in 2017. “In addition to bringing a much needed cancer therapeutic to the veterinary market, Elias’ efforts will advance the proof of concept that TVAX’s unique approach to immunotherapy could be effective in multiple cancers in humans,” Wahaus says. “Many types of naturally occurring cancer in dogs are similar to the same cancers in humans. So it was logical for us to take a comparative oncology approach to accelerate the development of drugs in our TVAX pipeline.” 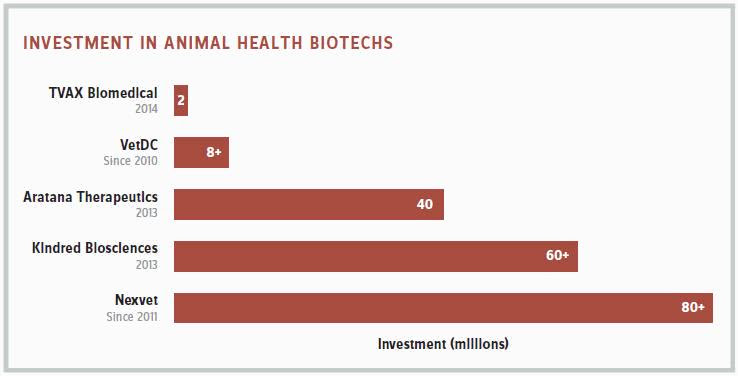 Aratana’s clinical trial of a therapeutic cancer vaccine in dogs with osteosarcoma has helped advance the clinical development of a similar therapy in children with newly diagnosed, nonmetastatic, surgically resectable osteosarcoma. The Aratana cancer vaccine, AT-014, is now under review at the USDA. AT-014 is based on a drug that Aratana licensed from New Jersey-based Advaxis. In 2016, the FDA granted fast-track designation for the Advaxis immunotherapy.

Aratana also has two canine-specific mAb cancer therapies, Blontress for B-cell lymphoma and Tactress for T-cell lymphoma. Because post-approval studies indicated that neither drug was likely to be as effective in combination with multi-agent chemotherapy as previous research had suggested, Aratana announced in September 2015 that sales of Blontress and Tactress would be modest. In the wake of that announcement, Aratana’s shares fell nearly 39 percent. But, by September 2016, with its three FDA approvals and deal with Eli Lilly, Aratana’s share price had recovered to well above its IPO price.

In human patients with several types of cancer, programmed cell death protein 1 (PD-1) inhibitors such as Keytruda and Opdivo have proven both safe and effective. Thus, Nexvet jumped at the opportunity to work with Zenoaq on “PETizing” the Japanese animal health company’s PD-1 inhibitor, a rodent mAbs, to be native to dogs. Nexvet recently initiated safety, pharmacokinetic, and immunogenicity studies of the canine PD-1 inhibitor, which the company hopes will receive a conditional license from the USDA in three years.

In early 2016, Aratana began building a commercial infrastructure in anticipation of regulatory approval of its three pipeline drugs. VetDC, Elias, and Nexvet are in the early stages of planning the marketing, sales, and distribution of their drugs. “The animal health market is large enough to accommodate multiple competing small biotech companies,” concludes St. Peter.

This release was originally published on Life Science Leader on December 29, 2016. You can read the full article here.